PinkKorset.com, London – Lady Diana Spencer finally gets the honor she deserved in the form of statue. This is a very special request from both her sons.

Prince William, The Duke of Cambridge and his younger brother Prince Harry are requesting a statue of Diana, The Princess of Wales to be erected at their official residence, Kensington Palace, London, United Kingdom.

At the request of The Duke of Cambridge & Prince Harry a statue of Diana, Princess of Wales is to be erected at Kensington Palace. pic.twitter.com/zc4XvqlaSY

This very special comission released at the time of 20 years commemoration of the fatal accident in Paris that cost Diana’s life as well as her lover at that time, Dodi Al Fayed.

“The Princes have convened a committee to comission and privately raised funds for the creation of the statue,” said the joint statement from Kensington Palace on behalf of Prince William and Prince Harry, dated 28 january 2017.

The committee will advise on the selection of the sculptor and will work with the Historic Royal Palaces for the installation. The time is right, said the statement, to recognise her positive impact in the UK and around the world with a permanent statue.

The statue will be placed in the public gardens at Kensington Palace. While the sculpting of the statue will begin soon, it is not currently possible to advise when it will be unveiled. The Princes hope it will occur before the end of 2017.

“We hope the statue will help all those who visit Kensington Palace to reflect on her life and her legacy,” the statement continues. William was 15 and Harry 12 when Diana passed away. William is now married to Catherine with two children, Prince George and Princess Charlotte. 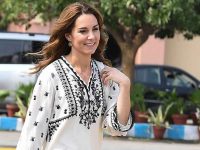