The Ladies in Michael Jackson’s Songs

PinkKorset.com – The late singer was a sensual person. For years people has been questioning his sexuality and he never explained. Then, who are those women in his songs?

Perfect question. Who are these female? And why does Michael mentioned them in his songs? Did Michael mention them or what we know is based on speculations among fans and media? Here’s what we gather from many sources.

In this 1982 hit song, Michael claimed Billie Jean is not my lover and she’s just a girl who claims that I am the one. Billie Jean apparently has a kid because Michael sang but the kid is not my son. The Moonwalk song itself was a huge success and still one of the best-selling singles worldwide.

Michael had stated several times that ‘Billie Jean’ was not a certain person, it was based on the groupies he and his brothers encountered while they’re still a part of The Jackson 5. Billie Jean, Michael said, represented a lot of girls. “There were a lot Billie Jeans out there and claimed their son was related to one of my brothers,” he said.

A theory from Jackson’s biographer J. Randy Taraborelly, Billie Jean was a real experience the singer faced in 1981. About a fan who wrote so many letters and told him she had his baby. She sent him a gun, asked Michael to kill himself and she would do the same so they’d be together in another life.

In Smooth Criminal, the song that promoted his renowned anti-gravity lean, Michael mentioned an Annie. Annie are you OK, are you OK, Annie? he obsessively sang. Michael wrote and co-produced it with Quincy Jones in 1985, released it three years later. Annie here was not his girlfriend, not even a crush.

Michael is known to have taken a cardiopulmonary resuscitation (CPR) course. Resusci Anne, known as ‘Annie’ in English-speaking countries, is the name of a mannequin commonly used in CPR training. The trainess are taught to say, “Annie, are you OK?” to the dummy in order to check if the patient is conscious and responsive.

The collaboration of Michael and Quincy also lead to another female-centric song, Dirty Diana. The 1988 song was the fifth single from album ‘Bad’. It’s a second hard rock song of his solo career, also about a persistent groupie. She likes the boys in the band, she knows when they come to town, was part of the lyrics.

Blood on the Dance Floor is entirely about a woman named Susie. The dance funk track describes Susie as some kind of predatory woman. She got your number, she know your game. Then, how does it feel to know that woman is out to kill. He also warned, Susie ain’t your friend.

Neil Strauss of The New York Times suggested the predatory Susie is a metaphor for AIDS. Michael denied in an interview that the song was about AIDS. The Dallas Morning News described it as an angry tale of a back-stabbing woman. Perhaps, it’s a metaphor for back-stabbing friends that surrounded him all his life?

Even though he surrounded by so many people, Michael held Elizabeth Taylor very dearly to his heart and appreciated her friendship. This prompted him to wrote a special song for Elizabeth on her 65th birthday party, on 16 February 1997, titled Elizabeth, I Love You. Elizabeth, I love you. You’re every star that shines in the world to me.

The legendary actress who passed away not long after Michael, was a strong supporter throughout happy and sad times, a true friend. In an interview with Barbara Walters in 2002, Elizabeth said Michael has been hurt by so many people. “I think I’m the only person in his life that has not betrayed him,” she told Barbara.

It was unique and a bit off how they started the beautiful friendship. Elizabeth walked out on one of his concerts, then he called sadly asking why she did that. She assured him it was a bad visibility, not a poor performance. The conversation lasted for three hours and more than three decade of friendship. 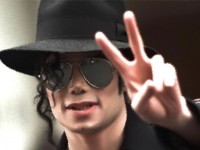